WHAT IS A TRANSMISSION ELECTRON MICROSCOPY (TEM)? 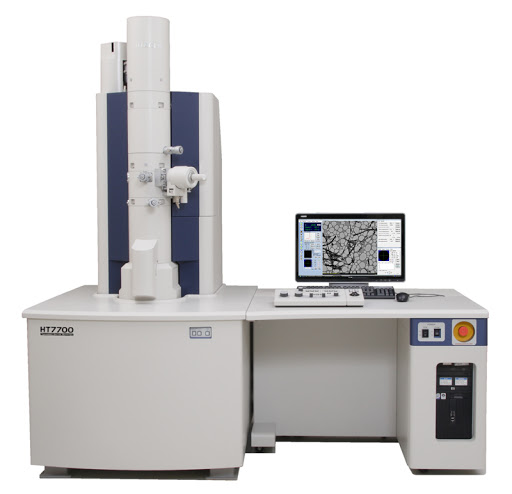 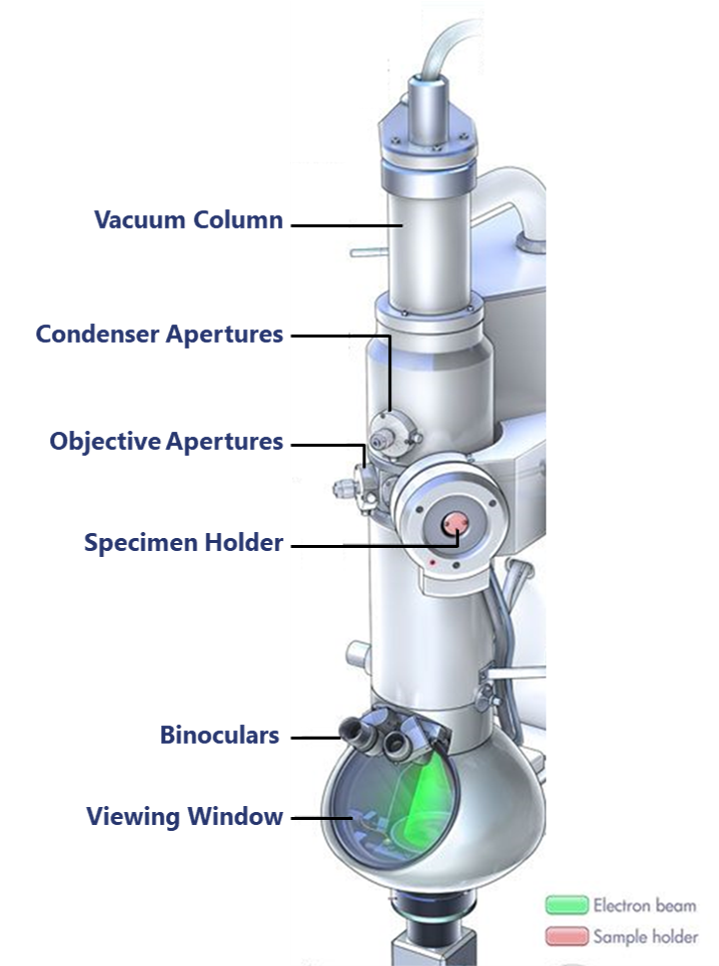 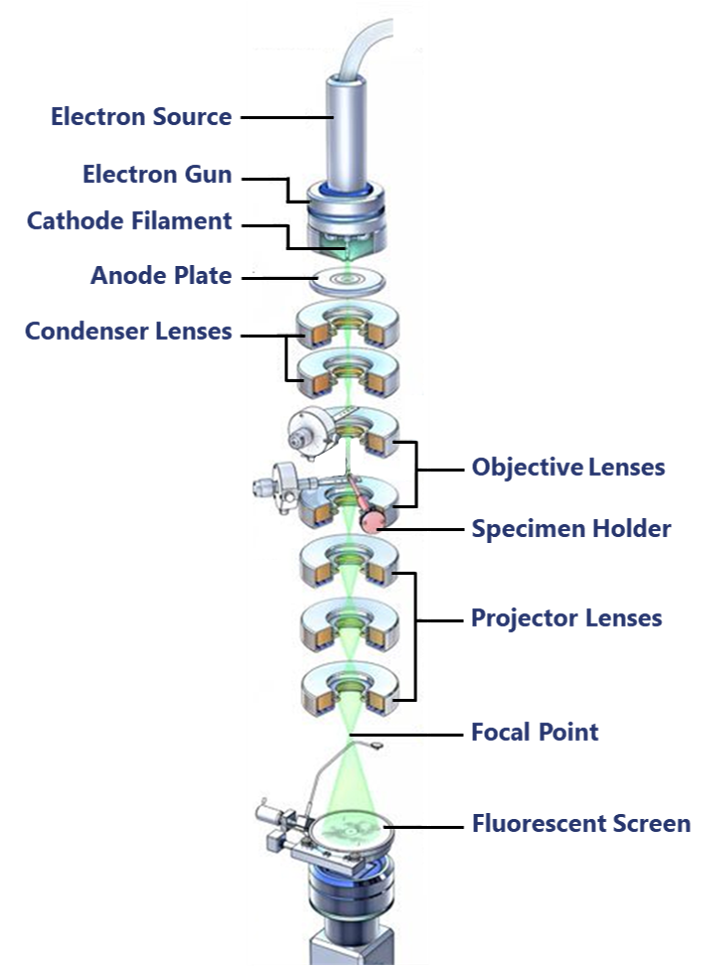 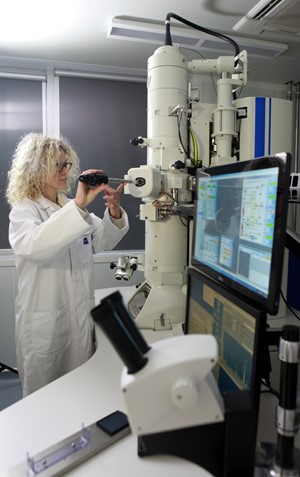 1. The source of illumination
Compared to Light Microscopy (LM), the Transmission Electron Microscopy (TEM) is built at the opposite. The source of illumination is at the top of the microscope and the screen at the bottom.   The source of illumination comes from the electron gun which by heating a tungsten or crystal filament generates electrons transmitting the sample all way through the microscope within a high speed.  Electrons are accelerated in the gun section within a voltage between 80kV and 200 kV. The thicker is your sample, the higher voltage you need to penetrate the sample.
2. The vacuum system
The TEM is equipped with various vacuum systems enabling the machine to create vacuum in the column essential for electron microscopy. The vacuum is needed to allow the voltage isolation between the electromagnetic lens working as a cathode and the electron without generating an arc. The vacuum is also needed to reduce collision frequency of electrons with gas atoms.
3. The specimen holder
The sample/specimen holder allows the insertion of samples into the vacuum with a minimal loss on the column thanks to an O-ring that separates the atmospheric pressure from the vacuum. A vacuum pump evacuates the air on the pre-chamber before inserting the sample in the column. The sample preparation is put on a metal grid about 3 mm of diameter. We usually use a copper grid. The metal grid gets various mesh size ranging from a few to 100 microns. The TEM stage allows the movement of the sample in the XY plan to locate the region of interest.
4. The apertures
We distinguish 3 kind of apertures within the TEM. One CONDENSER aperture where you chose the size of the beam (small spot size of the beam, loose intensity but increase the accuracy); one OBJECTIVE aperture which you can select out and filter out the electrons that deflected in the sample to increase contrast; and one INTERMEDIARY aperture which enable for the electron diffraction to select the region of interest on the sample.
Previous
Next

Hereafter a short video that shows the process of preparing and analysing a sample using the TEM.

WHAT TO LOOK FOR?

The analyst makes his decision depending on three final criteria:

The analyse report results by asbestos presence or absences. 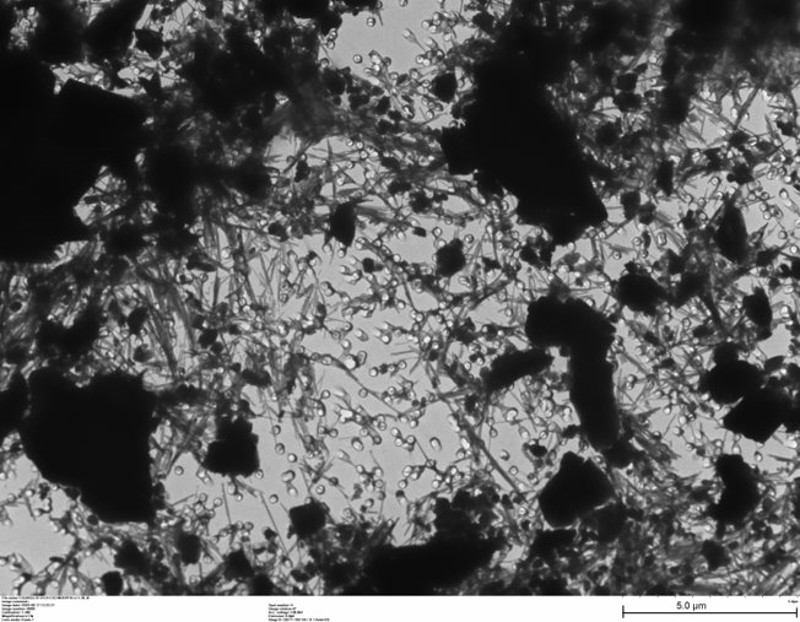 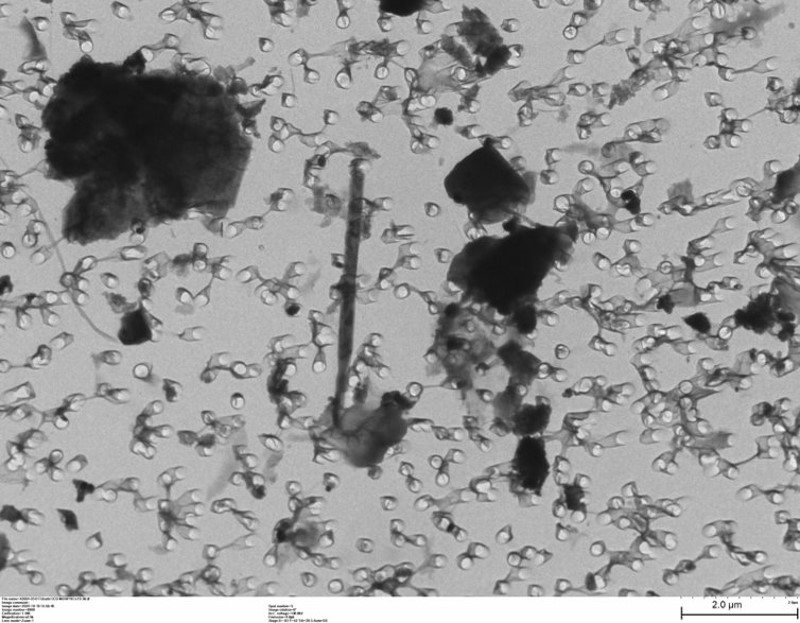 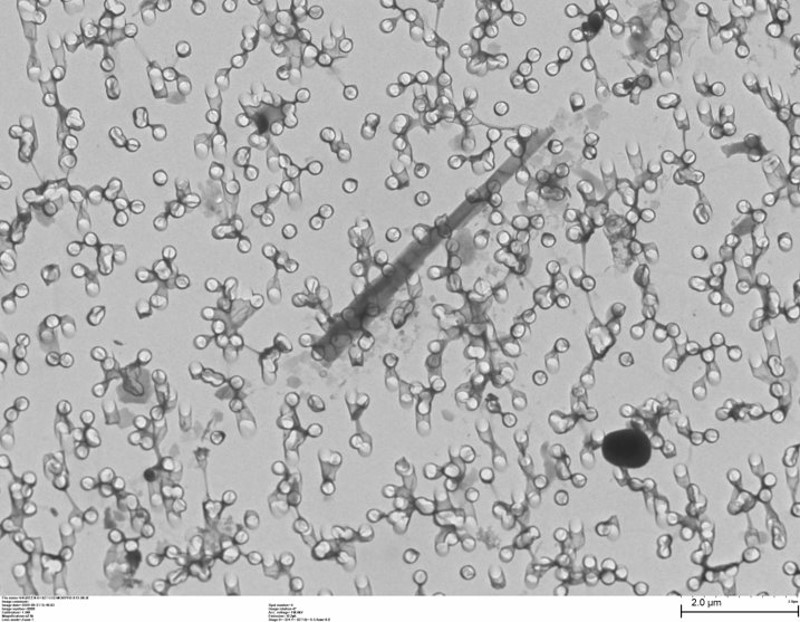 COHLABS TEM gathered international skills in electron microscopy to Oceania thanks to more than 55 years of combined experience using this technology in the most strict asbestos regulated countries:

Asbestos in France has been banned in December 1997, however, it is in January 1996 that the French national organisation for standardisation AFNOR has published a regulation that requires TEM analysis for asbestos identification and concentration: the NFX 43-050.

Looking at the US, there is no ban of asbestos yet, however, the National Institute for Occupational Safety and Health (NIOSH) has been regulated since May 1989 asbestos analysis and requires the use of TEM techniques through the NIOSH 7402 (reissued in August 1994).

Why the use of TEM is relevant in asbestos analysis and why these countries decided to complement their analytical process?

Hereafter are some insights to take into consideration:

WHO
TAF
SAF
WHO 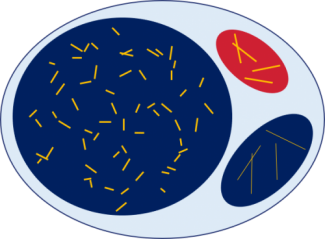 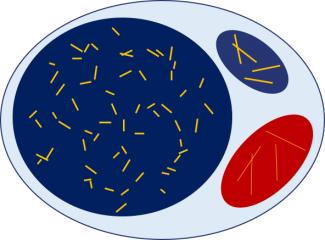 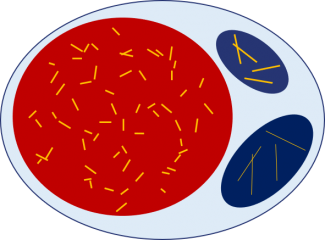 The WHO fibres are proven to be carcinogenic and are the ones to be taken into account for quantitation analysis by PCM.

However, it is proven that TAF fibres have a strong carcinogenic effect as well. Experimental data on animals have revealed that “long shape fibres” have a more carcinogenic effect compare to short ones. There is an significant increase of tumours in relation with the diminution of the diameter of fibres (0.25 μm < d < 1.5 μm) independently of the length, included length < 8 μm. In vitro data have shown the same results.

Regarding SAF, experimental data on animals have demonstrated that chances of tumours formation are null or very low. In vitro data have shown that dimensions parameters have a major role in the carcinogenic effects of asbestos fibres (more important when the length increases). In conclusion, the carcinogenic effect of SAF are not excluded even though the results of studies have proven that they have a much less/null effect compare to longer fibres.

Taking into consideration the fact that some asbestos fibres are thinner than 0.2 μm, the light microscopy reaches its limit of resolution and thus, can not detect TAF nor SAF.

Electron microscopy allows the analyst to have a magnification much higher than PCM/PLM. The minimum object size detection for TEM is down to 1 nm. Hence, it gives access to not only WHO fibres but also TAF and SAF.

As the electrons go through the sample, Transmission Electron Microscopy can also give the atomic arrangement/crystal structure using a diffraction mode. A complementary EDS (Energy Dispersion X-ray Spectrometry) offers the possibility to identify the type of mineral thanks to its chemical composition and thus, to differentiate which asbestos is present.

PCM does not differentiate the nature of the objects counted moreover the direct preparation of filters can lead to an underestimation in counting when particles mask the fibres. In addition, chrysotile has the ability to generate fibrils up to 0.02 μm in diameter, which is ten times less than the separating power of an optical microscope. Finally, the chrysotile fibres are taken from a cellulose ester medium, a deep membrane, into which these winding fibres penetrate. Using PCM observation, the same fibre can therefore be found on several focal planes and poor focusing can lead to artificially splitting a long fibre, which will not be counted as such. Amphiboles are different because these asbestos fibres are more rectilinear and have a lower capacity to generate fibrils as thin as those of chrysotile.

The PCM does not differentiate and counts any object that meets the morphological fibre criteria. Thus, in the case of worksites focused on removing asbestos spray coatings, amosite (amphibole) is present together with artificial mineral fibres, which are taken into account by PCM but not by TEM. In the case of land containing asbestos, PCM overestimates compared to TEM. Conversely, for asbestos-containing plasters, paints and coatings, the PCM considerably underestimates the number of fibres.

Direct comparison between the PCM and TEM methods confirmed that PCM underestimates the dust levels, in the majority of cases, when compared to TEM, with this observation being reinforced as dust levels rose. This underestimation of exposure could result in insufficient prevention means being implemented, particularly with regards to collective protection, such as depressurising work areas and increasing the number of air changes in the area, as well as the choice of respiratory protection.

To detect, classify, and identify commercial and non-commercial natural occurring asbestos from other asbestiform minerals in bulks samples.

To determine the real concentration of asbestos for air monitoring and clearance certificates.

To detect, classify, identify, and determine the concentration of asbestos in surface sampling.

Erionite is a natural occurring mineral member of the Zeolites that has asbestos-like properties (fibrous).